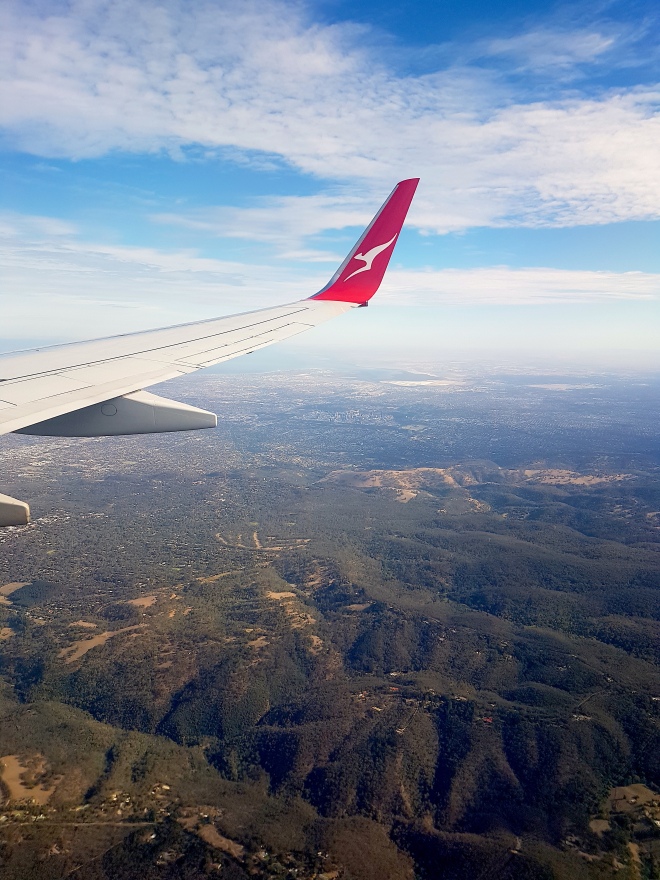 As you can imagine, it was a sombre start to the last day of my trip. Its not often you get to travel internationally whilst a worldwide pandemic is unfolding. While this had been one of my favourite holidays, the news about the number of new coronavirus cases spreading worldwide filled me with apprehension about travel. Not only did I not want to go home because I had such a great time, but I certainly did not want to have to brave the airport, especially considering the day before it had been announced the airports might close here in America. International flights coming into Australia from destinations around the world were being restricted and for those that were allowed in, passengers would be subjected to a 14-day quarantine. This did not bother me as I believed it was warranted to protect the people back home. There were various sources of advice circulating about what was best to do to protect yourself, including social distancing and wearing protective masks. I felt somewhat prepared for the airport as I am generally a minor germaphobe, but nothing could prepare me for what unfolded when I got there. It was chaos. Miami airport was hectic, there were people everywhere, trying to get home. It took every bit of strength not to turn around and walk straight back out of the airport. I get slight claustrophobia and hate big crowds but combine big crowds with panicked people and it was mayhem. The line was so long the security officer was telling people to book another flight as they wouldn’t make it in time. This was certainly one experience I would rather forget. Lucky for me, I had a domestic flight that connected to my international one and I was able to make it in time. Considering we were all supposed to be socially distancing, this was a full flight. It did not help that every time someone coughed or sniffled, they would be looked at like they were contaminated.

In my line of work, working with ancient and degraded DNA that can be easily contaminated, I had been trained to carefully consider everything I touched and how everything could be a source of contamination. This made me feel oddly prepared for my situation and armed with my hand sanitizer and antibacterial wipes I rose to the challenge of travelling during a global pandemic. I made it to Dallas, ready for the long-haul flight into Sydney, Australia. Prior to boarding this flight it was made very clear to us that anyone visiting Australia should not get on the flight due to the 14 day quarantine in place. This meant no leaving your house or hotel room under any circumstances for 14 days. I felt sorry for people that had planned trips as it made sense not to even board the flight. This 17 hour flight went oddly quick, I slept most of it. Arriving in Sydney was another situation altogether, people were everywhere, some with masks, some not. Again, anyone who coughed or sniffled was met with a death stare. It took so long to get through customs that I nearly missed my connecting flight to Adelaide, I literally made in on with only minutes to spare. Thankfully, this flight was half empty which meant the social distancing was much easier to adhere too. The flight to Adelaide was beautiful, I finally had time to take some deep breathes (not too deep incase there was an infection in the air) and relax a bit. It was a wonderfully clear morning and from up so high I could see the hills and valleys that had been created in the last ice age when the glaciers retreated. It was a lovely plane ride observing country Australia and reflecting on a truly great trip.

I felt apprehensive about the future, my next 14 days were set, stay home, interact with nobody and maybe spend the time getting work done. But what about after that? How long will the pandemic last? Will all my travel plans for the year be cancelled? Or just postponed? What is the world going to look like? Will we survive this? Thinking about all of this meant that before I knew it we had made it to Adelaide, I don’t think I had ever been so happy to see my home city and it looked beautiful this morning. I made it home in no time and it’s a wonderful feeling walking through your front door after some time away, unfortunately this time it didn’t quite feel the same. Luckily a family member had dropped off some provisions prior to my arrival home. These supplies fortunately contained toilet paper, I had not even realised people were stock piling toilet paper and it was a luxury to be able to buy some from the shops! It felt like when I had left Adelaide everything was normal and while I was away the world had been turned upside down. I hunkered down in my house, preparing for 14 days of solitude.  So what is it like to travel halfway around the world during a global pandemic? Its terrifying for one, but it also makes you appreciate the people in your life and what you have, I am one of the lucky ones.